The property around Jorcks Passage was completed in 1896, and one of the very first tenants to move in was Kjøbenhavns Telefon Aktieselskab (the metropolitan telephone company). Here was in 4th and 5th floor an artistically decorated telephone hall, which in capacity exceeded what had hitherto been the world’s largest telephone exchanges in Stockholm, Berlin, London and New York.

Over time, however, more space was needed and the telephone company moved in 1914 to larger premises in Nørregade.

In the 1920s, the first Danish radio station was established in Jorcks Passage, from where the first broadcast was made on September 11th 1924, by what would later become Danmarks Radio.

Other historical celebrities have also lived in these buildings. It is here, among others, that Ingeborg Suhr established the Suhr Housewives’ School in 1901, and here that Poul Henningsen (also called PH)’s mother ran a hairdressing salon on the 1st floor from 1896-98.

Read more about Jorck’s Passage and the whole story behind it at www.jorck.dk (Google translated)

The architect behind the property around Jorcks Passage is Vilhelm Dahlerup, who i.a. is known for buildings such as the Royal Theater, Hotel D´angleterre and Ny Carlsberg Glyptotek, while the building’s conductor, A. S. Rosen, has been responsible for “the further execution of the details”. And there are many completely unique details that are worth noting. For example: Jorcks Passage is above the shops windows decorated with a large number of small bronze statues, just as the masonry in the passage is decorated with a number of mosaics that refer to different crafts.

Finally, across the gate towards Skindergade is a bust of Carl Reinholdt Waldemar Jorck (1832-1909), who was the builder and owner of this completely unique property. 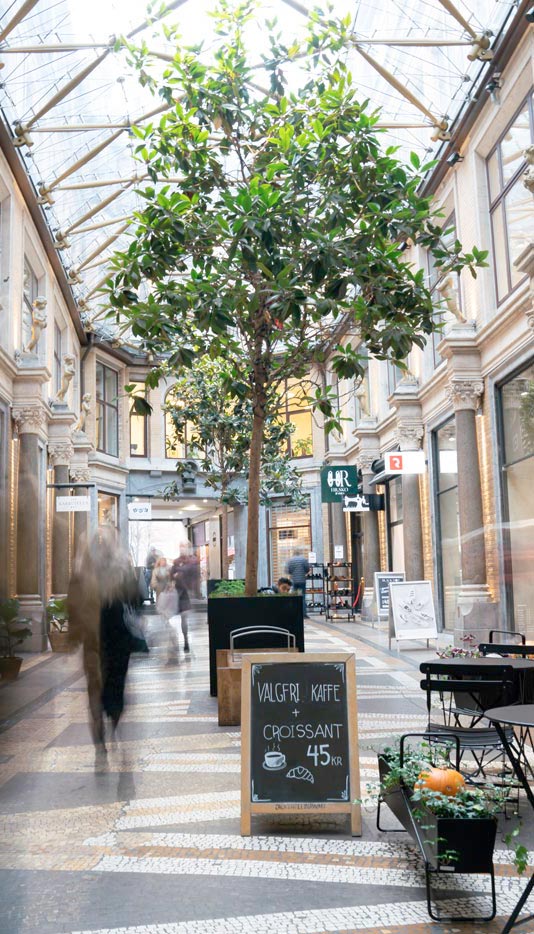